The City intrigues those who look beneath her seemingly impregnable layers of reputation imposed on her over the years. She offers a zillion frames by the minute for the perceptive eye and the open heart.
City based freelance photographer Debarchan Chatterjee is one such City lover. His captures indicate that he is a relentless seeker of the soul that pervades common city moments.
When you walk the City, she offers herself to you – and all you have to do is either absorb and move on, or freeze whatever you can for posterity. Either ways – you make memories and you find that a part of your soul finds anchorage here.

A rain kissed morning- with the white marble monument of the Victoria memorial looming large in the background. Savour the petrichor of this City- it’s heavenly. Walk barefoot on her grassy Maidan and catch the laid back city stretching herself out here.

Turn the corner in Sudder Street and suddenly the graffiti hits your eye, and so do the City constants like the ubiquitous hand pulled rickshaw. Add a colourful sari in the frame, and it’s like salt to taste in a perfectly cooked up dish served by the city.

There is a lingering quality about this frame which ironically captures the retreating figure of a lady. The tiles on the right with deities and religious figures so typical of the city, combine with the tones to create so many levels of interpretation. One word encapsulates it- Mood.

It is often through reflection that we see ourselves for who we are. So much Calcutta-ness in one frame once more. Rickshaw,crowds, tramlines – all in one sweeping blur of moment. 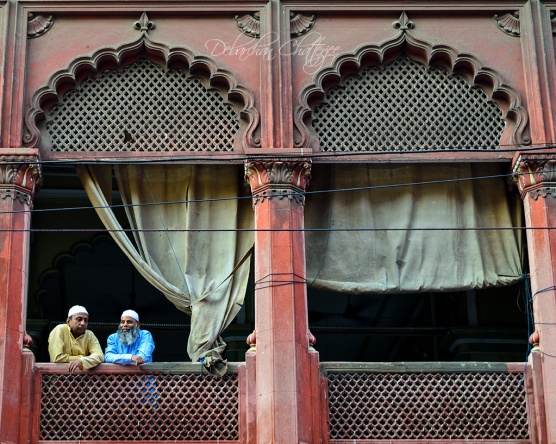 Amidst the hectic schedules of work and even prayer, friends here find time to catch up with each other. The location here- the exquisite Nakhoda Mosque on Zakaria Street. 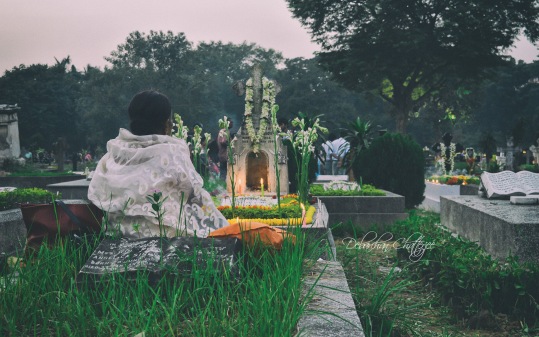 A quiet moment spent with the one who has gone. All that remains, are memories that glow softly like the candles at the grave. Calcutta remembers… silently. fondly. deeply.

The ship of our dreams will not sink yet. It will keep afloat- and we keep ourselves afloat much like the ball in the air- going against everything that holds us down! Air and water sends us here a powerful message from the city.

Man, Bridge, River, City- all standing strong. Centuries have flown like the water under this Bridge and the City breathes life through all her pores. She is Calcutta. 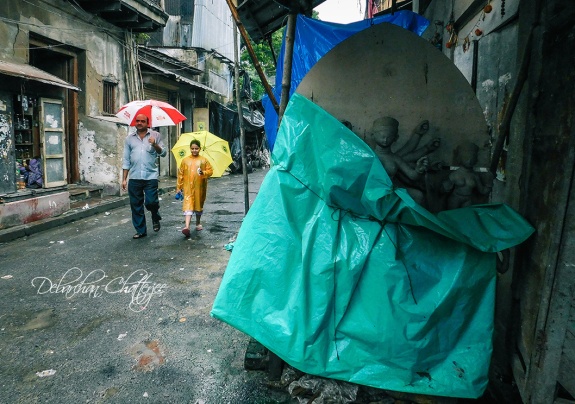 Yeah- mortal and immortal need some protection from the rains 🙂 each have their own way of doing so.

‘Cause the writing’s on the wall’- so much on one wall – that’s Calcutta for you.

So join us in this discovery- and if you have a camera handy, it makes for an incredible conversation many eons later in another country, context or clime.

Come to Calcutta and leave the rest to her!

A special word of acknowledgement to Debarchan Chatterjee for sharing his photographs with us at Calcutta Walks.